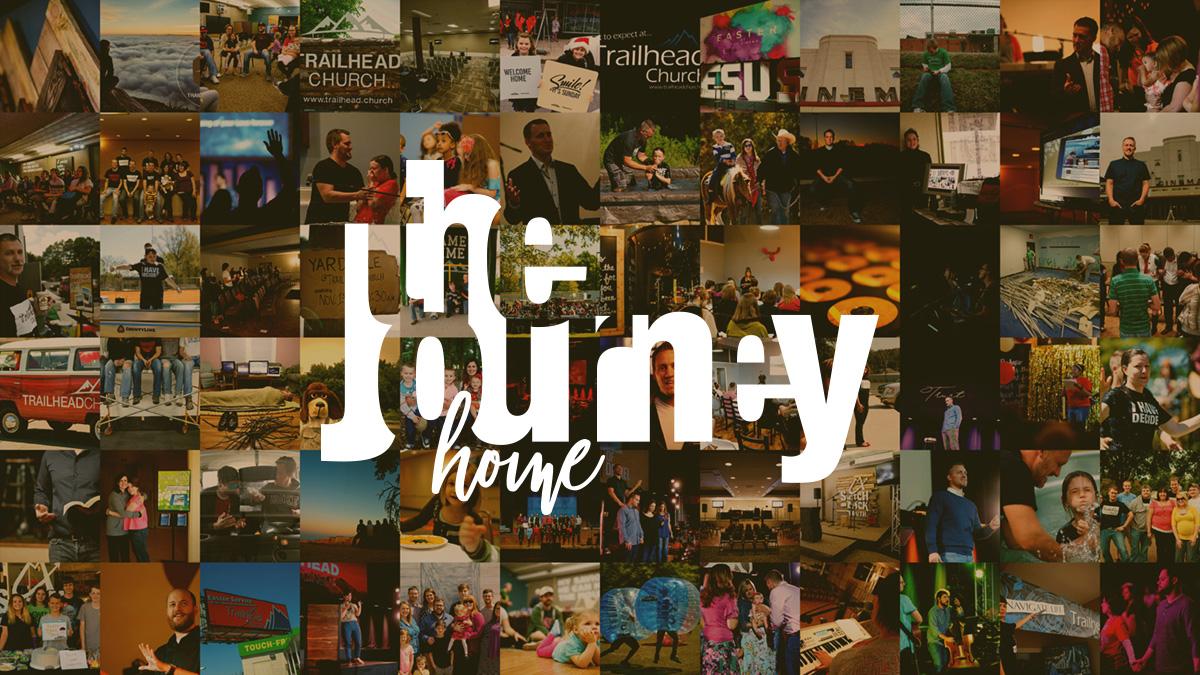 The Journey Home - Part One

Zechariah 4:10 (NLT)
Do not despise these small beginnings, for the Lord rejoices to see the work begin …

Nehemiah 1:1-4 (NIV)
The words of Nehemiah son of Hakaliah: In the month of Kislev in the twentieth year, while I was in the citadel of Susa,2 Hanani, one of my brothers, came from Judah with some other men, and I questioned them about the Jewish remnant that had survived the exile, and also about Jerusalem. 3 They said to me, “Those who survived the exile and are back in the province are in great trouble and disgrace. The wall of Jerusalem is broken down, and its gates have been burned with fire.” 4 When I heard these things, I sat down and wept. For some days I mourned and fasted and prayed before the God of heaven.

Hebrews 4:16 (NIV)
Let us then approach God’s throne of grace with confidence, so that we may receive mercy and find grace to help us in our time of need.

James 5:16 (NIV)
Therefore confess your sins to each other and pray for each other so that you may be healed. The prayer of a righteous person is powerful and effective.

Nehemiah 1:5-11 (NIV)
Then I said: “Lord, the God of heaven, the great and awesome God, who keeps his covenant of love with those who love him and keep his commandments, 6 let your ear be attentive and your eyes open to hear the prayer your servant is praying before you day and night for your servants, the people of Israel. I confess the sins we Israelites, including myself and my father’s family, have committed against you.7 We have acted very wickedly toward you. We have not obeyed the commands, decrees and laws you gave your servant Moses. 8 “Remember the instruction you gave your servant Moses, saying, ‘If you are unfaithful, I will scatter you among the nations, 9 but if you return to me and obey my commands, then even if your exiled people are at the farthest horizon, I will gather them from there and bring them to the place I have chosen as a dwelling for my Name.’ 10 “They are your servants and your people, whom you redeemed by your great strength and your mighty hand. 11 Lord, let your ear be attentive to the prayer of this your servant and to the prayer of your servants who delight in revering your name. Give your servant success today by granting him favor in the presence of this man.” I was cupbearer to the king.

1 Kings 18:42-44 (NIV)
… Elijah climbed to the top of Carmel, bent down to the ground and put his face between his knees. 43 “Go and look toward the sea,” he told his servant. And he went up and looked. “There is nothing there,” he said. Seven times Elijah said, “Go back.” 44 The seventh time the servant reported, “A cloud as small as a man’s hand is rising from the sea.”

If you have faith as small as a mustard seed, you can say to this mountain, ‘Move from here to there’ and it will move. Nothing will be impossible for you.” Matthew 17:20

The Lord now chose seventy-two other disciples and sent them ahead in pairs to all the towns and places he planned to visit.2 These were his instructions to them: “The harvest is great, but the workers are few. So pray to the Lord who is in charge of the harvest; ask him to send more workers into his fields. 3 Now go, and remember that I am sending you out as lambs among wolves. Luke 10:1-3 (NLT)

9 Two people are better off than one, for they can help each other succeed. 10 If one person falls, the other can reach out and help. But someone who falls alone is in real trouble. 11 Likewise, two people lying close together can keep each other warm. But how can one be warm alone? 12 A person standing alone can be attacked and defeated, but two can stand back-to-back and conquer. Three are even better, for a triple-braided cord is not easily broken. Ecclesiastes 4:9-12 (NLT)

May God himself, the God who makes everything holy and whole, make you holy and whole, put you together—spirit, soul, and body—and keep you fit for the coming of our Master, Jesus Christ. The One who called you is completely dependable. If he said it, he’ll do it! 1 Thessalonians 5:23-24 (MSG)

In the meantime, I will be staying here at Ephesus until the Festival of Pentecost.9 There is a wide-open door for a great work here, although many oppose me. 1 Corinthians 16:8-9 (NLT)

Sanballat was very angry when he learned that we were rebuilding the wall. He flew into a rage and mocked the Jews,2 saying in front of his friends and the Samarian army officers, “What does this bunch of poor, feeble Jews think they’re doing? Do they think they can build the wall in a single day by just offering a few sacrifices? Do they actually think they can make something of stones from a rubbish heap—and charred ones at that?” 3 Tobiah the Ammonite, who was standing beside him, remarked, “That stone wall would collapse if even a fox walked along the top of it!” 4 Then I prayed, “Hear us, our God, for we are being mocked. May their scoffing fall back on their own heads, and may they themselves become captives in a foreign land! 5 Do not ignore their guilt. Do not blot out their sins, for they have provoked you to anger here in front of the builders.” Nehemiah 4:1-4 (MSG)

Meanwhile, the people in Judah said, “The strength of the laborers is giving out, and there is so much rubble that we cannot rebuild the wall.” 11 Also our enemies said, “Before they know it or see us, we will be right there among them and will kill them and put an end to the work.” 12 Then the Jews who lived near them came and told us ten times over, “Wherever you turn, they will attack us.” 13 Therefore I stationed some of the people behind the lowest points of the wall at the exposed places, posting them by families, with their swords, spears and bows. 14 After I looked things over, I stood up and said to the nobles, the officials and the rest of the people, “Don’t be afraid of them. Remember the Lord, who is great and awesome, and fight for your families, your sons and your daughters, your wives and your homes.” 15 When our enemies heard that we were aware of their plot and that God had frustrated it, we all returned to the wall, each to our own work. Nehemiah 4:10-15 (NIV)

So if you have not been trustworthy in handling worldly wealth, who will trust you with true riches? Luke 16:11 (NIV)